An RSPCA appeal has been launched after a kitten was shot with an air rifle in Barry.

The pellet shot poor eight-month-old Cosmo in the side - on 15 December - just days away from Christmas. The attack would have taken place in the Pencoedtre Road area of the town. 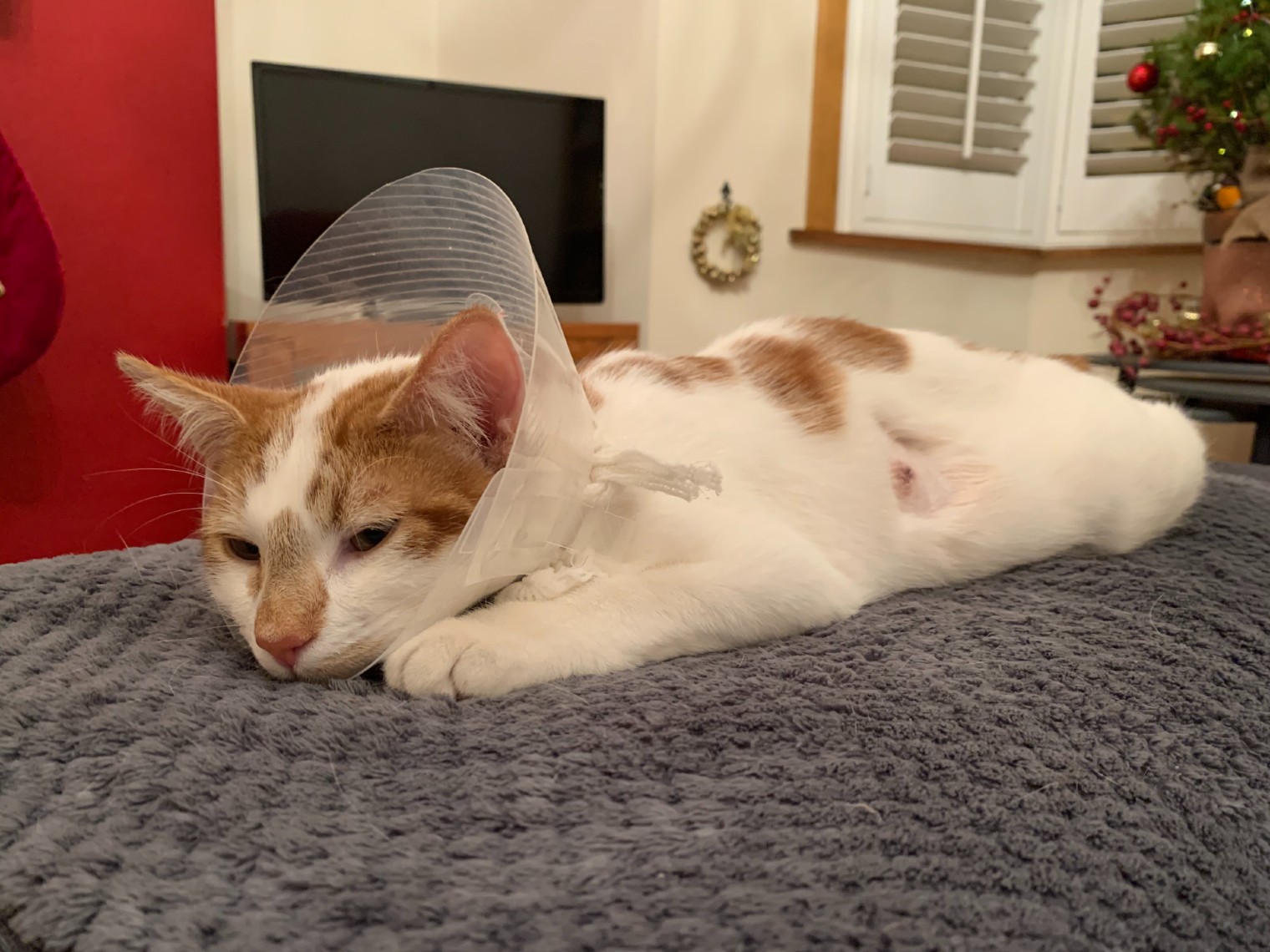 Cosmo was taken to a veterinary practice - Vale Veterinary Centre - by his owner Devina Hawkins where he was immediately operated on to remove the pellet.

Devina said: “He is very lucky. The pellet was inside and had travelled through his body and had got stuck in the skin on the other side. They think it just missed his organs. They removed the pellet and he is now recovering.

“The vets said it would have been a deliberate act. I just feel shocked and sick and I don’t feel my animals are safe.”

Devina said Cosmo is the only one of her cats who manages to escape her garden as she has protective fencing up for them. “He is a bit of a Houdini - and does leave the garden but only ever in the network of gardens nearby,” she said. “He does not go far. He has only been going out for a couple of months. I’m now going to build some sort of enclosure to stop them from getting out the garden. I just don’t feel he is safe.”

RSPCA Cymru is now urging the local community to get in touch if they have any knowledge as to how, or by whom, the cat was shot.

RSPCA inspector Darren Oakley said: “Our thoughts are with Cosmo and his owner at his time of recovery. We're so relieved to hear he has survived this shooting. He is lucky to be alive following what has been an awful attack.

“This would have been a hugely painful experience for Cosmo. While we don’t know the exact circumstances behind the attack, it is beggars belief why anybody would deem it acceptable to take a shot at a defenceless cat.

“We’re urging anyone with information in the Barry area to contact our inspectorate appeal line on 0300 123 8018.

“Shockingly, we see dozens of incidents like this reported to us each year. That’s why the RSPCA want to see air gun owners and users licensed to help prevent such irresponsible, reckless behaviour.”

Nathan is the Operations Director at Bro Radio. You can hear him on air on Vale Breakfast weekday mornings from 7am or reading local news bulletins throughout the week.

Have you got a local story to tell? Submit your story or email news@broradio.fm
Copyright © 2009 - 2020
Vale of Glamorgan Broadcasting CIC